Have a Question or Want a Free Market Report?

And, if you haven't already, be sure to register for a free account so that you can receive email alerts whenever new Northeast Charlotte MLS listings come on the market.

The Minard Group Llc
Based on information submitted to the MLS GRID as of January 27, 2020. All data is obtained from various sources and may not have been verified by broker or MLS GRID. Supplied Open House Information is subject to change without notice. All information should be independently reviewed and verified for accuracy. Properties may or may not be listed by the office/agent presenting the information.
Featured Northeast Charlotte Neighborhoods

Why People Want to Live in Northeast Charlotte

Northeast Charlotte has been booming since the 1990s thanks to several factors: The expansive growth of UNCC, the completion of the 485 “loop,” the popularity of infill neighborhoods like Optimist Park and NoDa, and of course, a new IKEA! This part of the city is accessible to both Uptown and Lake Norman via highways and, because it’s a little removed, has actually developed into its own ‘mini-city.’ The entire area is nestled up against the actual city of Concord, NC, famous for the Charlotte Motor Speedway and itself a fast-growing community. You’ll most commonly hear someone refer to themselves as living “in University” or “at Northlake” as these areas are ill-defined and overlapping.

Houses up this way tend to either be on the newer end of the spectrum or they’ve been here long enough to still possess a generous lot in an established neighborhood. Rentals are abundant near the university, in particular, but more often than not you’re buying single-family if you’re interested in homes for sale in Northeast Charlotte. Public transportation and walkability aren’t great here (but they will be eventually!), so you’ll definitely need a car to get around to the myriad retail, office, and restaurant centers in the area. All in all, Northeast Charlotte offers most of the same conveniences as Center City without quite as much hustle and bustle.

Northeast Charlotte is all about retail centers. The area is fairly residential so restaurants and shopping are clustered. A majority of the true “retail” in the Northeast Charlotte zip codes lies near the University of North Carolina – Charlotte in an area branded “University City.” Here you’ll find lots of fast-casual restaurants and young clothing stores catering to students, but plenty of amenities for homeowners in the area, too, like Target, Home Depot, and even a Carolinas Medical Center facility. The area is also home to several newer hotels within striking distance of retail. Although this part of the city is best navigated by car, there is some green space to be enjoyed. Sugaw Creek Community Park, Derita Creek Park, the Ribbonwalk Nature Preserve, and a handful of semi-public golf courses make this area imminently livable.

Northlake Mall is just to the west of the Northeast Charlotte zip codes and it offers dozens of restaurants, high-end stores, and spawning several nearby shopping centers to boot. Concord Mills outlet shops aren’t far off, either, and the addition of Charlotte’s only IKEA in 2009 in the NE paved the way for a dense cluster of furniture and home stores, too.

What to Know About Houses for Sale in Northeast Charlotte

Homes here are usually found in neighborhoods, although most aren’t gated communities. Some of the more well-known neighborhoods include Highland Creek, a massive planned community, Davis Lake, and Lexington. The exception is the Double Oaks/Optimist Park/Villa Heights area which abuts the Eastern end of Uptown Charlotte. Houses here are typically craftsman style and many need work, although their location will almost certainly help them appreciate.

If you’re searching for new construction or a great deal just outside the I77 ring, Northeast Charlotte might just have everything you’re looking for. It’s a great place to live for families, students, and first-time buyers and it’s only getting more desirable as it grows! 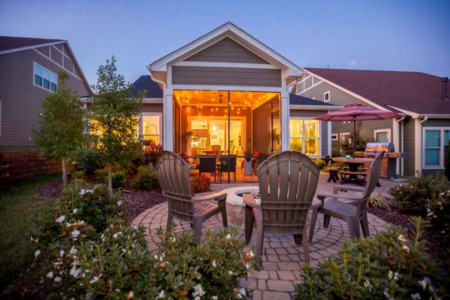